Japan, the near future where the existence of darkness, Chimimoryō, is in the dark.
The unspoken rule of “non-interference with each other”, which has been protected among human demons since ancient times,
began to break down after people fell into the outer roads, criminal organizations and companies colluding with human demons went dark, and the times became chaotic. Declined.

But those who are on the right track are not helpless.
The government of the time organized a group of “shinobi” who could counter “demons” by themselves, and
countered the evil of human demons.
People called them “Anti-Demon Hunters” — the abandoned

island “Tokyo Kingdom” in Tokyo Bay.
Asagi infiltrates in pursuit of what is given to the demon who has escaped there, and
“Anti-Demon Hunters Asagi”, who has been severely injured in the battle and has lost his limbs, has already taken care of the target!
From the encounter with Asuka, the fire for the fierce battle between Asagi and Anti-Demon Hunters was about to be cut …! 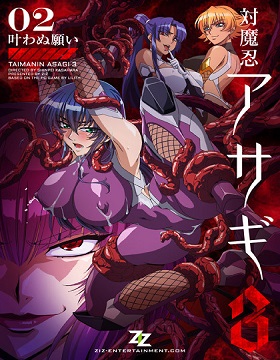