Mizuno General Hospital is a general hospital run by the director, Tadahiko Mizuno. In the surgical office, a nurse, Shiori Fujino, is disinfecting a wound on the patient’s arm. The ill-mannered patient touched her Shiori’s ass and uttered her nasty things. On the other side of the story, the surgeon Hitoshi Kagemoto, who was listening to the situation, cursed Shiori after the patient returned, saying, “I was happy to be touched, but I like this one.” …. One day, Kagemoto is introduced by Makoto Sugiura from the director. Makoto Sugiura is a 30-year-old internist, a talented T-Oide, and the second one. Immediately, the nurses soar. Kagemoto who aims at the director’s back pot is not interesting.

“This guy is terrible, as long as there is that incident, the director’s back pot is decided by me … If possible, the director’s eldest daughter and surgeon Shione, the second daughter and nurse Nanami, and the third daughter as associate nursing It is necessary to quickly turn one of the women’s corals into their own. ” On the other hand, Sugiura, who returned to the internal medicine clinic after greeting, was shocked to find out that the director was the partner of his revenge. He had almost forgotten his face, but the wound in his hand must have been the unscrupulous doctor who killed Sugiura’s unforgettable sister in a medical error and decided to make a mistake. Sugiura vowed to take revenge on the hospital. 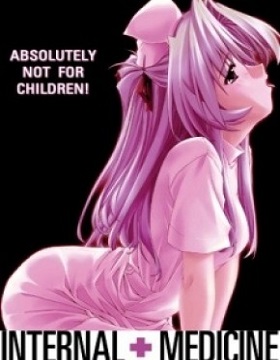