Valkyrie fights with the Demon King’s army many times to protect Midgard. His junior Skuld and Valkyrie’s teachings have dismissed the Demon King’s army. However, the betrayal of Freyja, who had a great deal of confidence in the heavens, changed the situation completely. She had Freyja secretly captured and brainwashed.

What the captured Valkyrie saw under Duke, the commander of the Demon King’s army, was an incredible sight. There, her betrayed Freyja had her ecstatic expression on her face, and she was receiving the penis of the Demon King’s soldiers. Her abdomen was swollen as if she were pregnant. Duke shows Valkyrie something like an egg. In front of Valkyrie looking up, a silkmoth-like insect that breaks through the outer skin and is as big as a human’s arm appears from the egg.

The insects enter Freya’s intestines, produce aphrodisiac-effect mucus, and lay eggs for growth. Freya repeatedly climaxed her, constantly receiving aphrodisiacs in her well-absorbed intestines. Valkyrie looks away from the horrifying sight. But shortly thereafter, another incredible event occurs. Skuld, who shouldn’t be here, was naked, staring at Valkyrie with a look similar to Freyja.

Skuld begins to caress with his tongue to Valkyrie, whose hands are tied up and cannot be freed. Skuld had the same insects as Freyja. Midgard is overrun by the Demon King’s army. And Valkyrie restrained by a trap. It was the beginning of the night when the war goddess was trained and became a captive of pleasure. 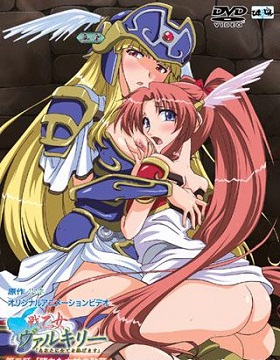