A sudden blast hits a sightseeing bus for school trips for second-year students at Kyowa Gakuen.
When “Hiroshi Okura”, who had fainted, wakes up in the dim bus, the teacher and classmates who should be there disappear.
I got off the bus with my best friend “Yuki Kobayashi” who was the only one in the car to investigate the accident and to look for “Arisu Hayami” to remind me of the accident.
The vibrant cityscape that I saw during my school trip and free time has been transformed into a site that smells like a collapsed building.
Okura and Kobayashi feel something is wrong. At that time, I hear a woman screaming from a maid cafe.

Two women in maid clothes are being raped by two Kyowa Gakuen boys in a desolate store. Both male students have red eyes.
Rescue the two maids and run away in different directions with two pairs of men and women.
Okura and the maid who escaped to the park. The red-eyed maid suddenly begins to seek Okura’s body. Okura does not listen to what his instinct says, even though he resists with his heart.
He finally inserts a soaring penis into the maid. Hayami’s appearance flashed back, and Okura, who had returned to sanity, rejected the maid and headed for the shopping mall where the three of us went in the daytime.
The closer you get to the shopping center, the louder the pant voices and scents of many men and women. Okura arrives at the scene and stands stunned.
Okura’s classmates, local office workers, office workers, nurses, all are moving their hips as their instincts go.

Suddenly, when I looked near the entrance, Hayami was attacked by a man. Hayami escapes into the building at the direction of Okura. Okura enters the building after Hayami, even though he is full of wounds.
Inside the building, Okura meets a busty woman “Miki Anzai” who has graduated from a medical school and gets first aid.
Breaking news flows from a huge monitor mounted on the wall.
An unknown virus is spreading all over the town. The name of the virus was “UNKNOWN ・ LV4”.
Infected people attack the opposite sex with increasing libido. Okura and Anzai are surprised by the new facts that appear one after another.
Hayami walks while crying from a distance. Okura rushes. While soothing Hayami who can’t stop crying, the two of us return to Anzai. However, there is no figure of Anzai. 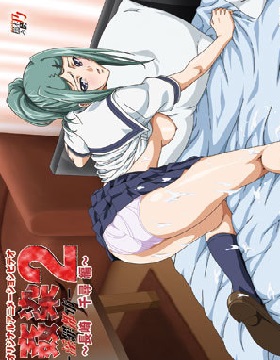