Kaname Fuji swore when he was young that a knight saved his life.
――One day, “Become a knight who can protect more people than anyone else.”
Time has passed, and the point is to enroll in the knight training school, Shiramiya Gakuen, and join the Shiramiya Knights “Esquire”.

And Yu who became a classmate forcibly in the skipping class so as to follow the point.
While living in the dormitory with their friends, they worked hard on their duties and studies as apprentice knights, and spent busy days every day.
And Yu was always worried about the fact that he was often involved in lucky lewdness.
One day, while practicing with the members, a tournament match was held in which Nariyuki bet “the right to date with Kaname” …

As a matter of course, Yu won the championship with extraordinary spirit.
On the day of the date. Yu was happy when she was alone, but when she finished watching a movie, her feelings began to fade …

The theme of the movie was the forbidden love of brothers and sisters. And Yu who overlaps himself with the ending of a tragic love.
Since then, I haven’t been able to suppress my feelings about what I need to do in Yu. 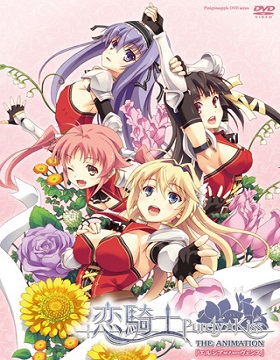