A world where demihumans and humans coexist.
Taichi Amano confesses to Suzuka Onigami, the daughter of the demon tribe, but sinks.
As I walk down the corridor while feeling depressed, I kiss Aoe Aoe, the number one beautiful girl in the school, with half a vampire and a snow woman.

Since then, for some reason, Taichi has come to feel the hot eyes of the Demi women.
By kissing Beni, all of Taichi’s body fluids have been transformed into “awakening demons.”
In this way, Taichi, who has become a special constitution that awakens Ajin, decides to etch to awaken Beni …!

Taichi stops at a convenience store after finishing a fierce awakening etch.
There, she sees Seira, a brown girl from the dragon tribe who is entwined with her father, and helps her with her own circumstances.
Losing the forcible temptation of Seira, Taichi will have sex again …?! 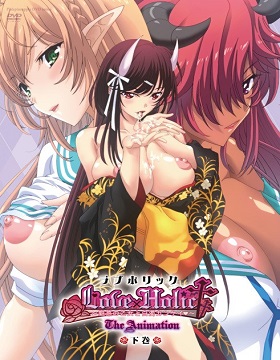