Marriage of a longing woman “Miwa” with her brother. And living together.
Her inferiority complex to her brother, who is superior to her in all aspects, gradually turns into her hatred …

“Kagura Takashi” (the main character) lost his parents in an accident at an early age and was raised by his only relative, his brother “Kagura Satoshi”. Satoshi, who was a college student at the time, nurtured Takashi while studying hard, and graduated from college brilliantly. Satoshi then joined the prestigious trading company “Tadawa Bussan”, demonstrating his innate abilities and leading many projects to success.

Takashi, on the other hand, could only study, but otherwise was inferior to his brother, and his inferiority complex accumulated, and now he feels a fierce complex with his brother. It’s … When Takashi went on to “Myojo Gakuen,” which is also Satoshi’s alma mater, and was promoted to the third grade, the lives of his brothers changed dramatically.

It was the marriage of my brother, Satoshi.
A new family will be welcomed in the condominium left by the parents who live with their brothers. Moreover, my brother’s partner is “Miwa”, the older sister of my classmate “Misa Tokiwa”. Unlike Misa, who is courageous, Takashi, who had a faint admiration for Miwa, a gentle and gentle older woman, is shocked.

The older brother who got the woman he was longing for … Takashi’s complex has grown
further, and his hatred-like feelings have been turned to Miwa … 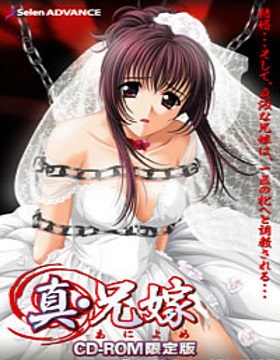