Asato who has learned about the relationship between Akane and Kyosuke.
But she slips past her, without her being able to ask Akane.
On the other hand, Akane thought that it was bad for her Asahi, but she continued to be swept away by Kyosuke’s skill …

Asahi who stayed overnight due to a sudden job. Akane’s relationship with Kyosuke deepens in the shadow.
Meanwhile, Kyosuke urges Akane to say, “Farewell to Asahi.” Kyosuke convolves with Akane, who is upset by a sudden thing, saying, “He has a woman.”
“That’s not the case … Asahi …”

Akane’s feelings for Asahi, which she hadn’t forgotten at the bottom of her heart, overflowed while being swept away by her relationship with Kyosuke.
However, in front of that Akane, there was a figure of Asahi coming out of Ayumi’s room in the morning … Asahi who

finally feels that the days of relief are returning …
While staring at Akane’s smile, until now There was a figure of Ayumi who gently watched over the figure that believed that he would forget the nightmare of …. 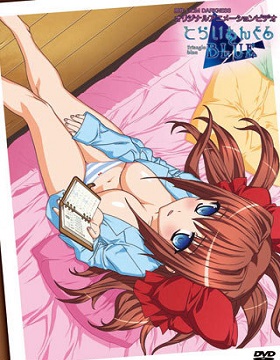