Skip to content
HomeAnata wa Watashi no MonoAnata wa Watashi no Mono episode 1
Chitose spending time as an honor student in the school.
She is in love like her daughter around her age. She is a college student I see on the train every morning.
He is a handsome guy who is tall, muscular and has a little bad atmosphere.

Chitose confessed to him for the first time in his life, and was shaken for the first time in his life.
Chitose was shocked, but she knew this would happen and made a confession.
Chitose immediately moves on to the next action. She takes out her smartphone and shows him the screen.
There was a picture of him with a face that wasn’t blamed by a woman.

Chitose knew.
That he is a masochist who feels joy when he is blamed by a woman.
And Chitose was a de S wearing an honor student mask.

The perverted time of the two was about to begin. 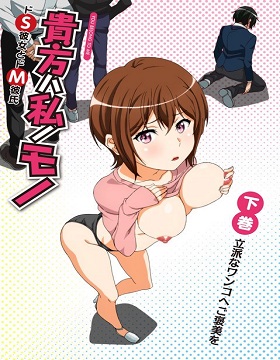