Three months ago, a spaceship crashed on Earth. The discovered aliens and what appears to be a spaceship collapsed in front of many people as dirt. Time passed, and Mika and Shinichi, a doctor, had a wedding ceremony. The two love-loving couples who completed the ceremony safely enjoyed their honeymoon and spent a rich night.

One day, physician Shinichi was seeing a patient, Sayo Komori. At the suggestion of her nurse, Ruri Anekawa, she decides to administer a new drug brought in by Saeko Mishima, a sales lady, to Sayo. Then Sayo suddenly changed and began to attack Ruri! She is helped by her colleague Yume Asano, the chief of the pharmacy department, after a short break.

Meanwhile, Mika was doing her best to do the housework for Shinichi. Then she finds her pretty apron in the corner of her room. Mika, who thought that Shinichi bought it as a gift, decided to put it on immediately. When she is indulging in a love-loving delusion with Shinichi in a naked apron, she suddenly hears a voice. What I thought was an apron was a filamentous alien, Flu! When Mika hears his wish that he crashed to the earth while escorting a space criminal, he will cooperate to chase the criminal who has escaped.

That night, Saeko appears to Shinichi, who has been unable to return due to overtime, but behind him is Yume with a fearless smile! What is Shinichi’s fate !? What is Yume’s purpose?!? Can Mika save her beloved husband from the creeping devil’s hands !? 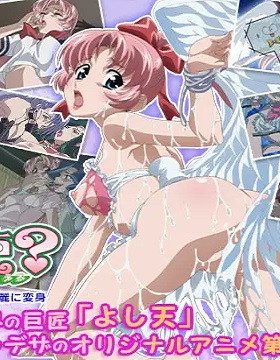