A few years ago. Urara Ebihara was invited to the Black Copper Academy as a teacher.
After learning that the fiancee Takayuki Nishijo had organized the sexual assaults that took place there, Ura, who lost sight of herself, spends her days drowning in sex.
As usual, Urara overlaps with the principal, Keizo Hagikawa.
After having sex, Ura leaks a surprised voice to the words of Hagikawa who suddenly leaked.
It is said that he saw a man who seems to be Nishijo at the self-development seminar “Believe’s Lab”.

Fortunately, Urara, who was invited by Riko Ichinose and Anna Sisters, who are instructors of “Believes Lab”, is introduced to Yoshimitsu Mashima, who reigns at the top of the lab.
Ura, who was dressed in a white blouse and was invited to a room with a lot of bad taste, was stared at Mashima with a licking gaze, and then her past was accurately pointed out.
Urara, who deified Mashima, who was ridiculed that this information was given by God, participated in the seminar with two replies.
However, every day when free sex, which is just a name for a seminar, continues endlessly, I finally have doubts.
However, one day, Riko’s mouth tells her unexpected truth.

Takayuki Nishijo, who was a fiance, has his real name Tomoyuki Kaji and is currently working as a lecturer at “Believes Lab”.
Asuka Okita, a senior of Shikamura, is also a student of the lab, and she says she is working hard on sex knowing that Kaji is a fiancee of Urara.
Riko, with her nasty smile, talks about her cruel facts.

Urara slowly walks into the playing room.
Kaji and Asuka, who were in the middle of having sex, noticed Kaji and Asuka, and when they were surprised at the strange appearance and screamed lightly, they slipped.
Urara with an eerie smile in front of the two who were cornered to the wall.
The completely crazy back murmurs to the two.
“Bee … Reeve …” 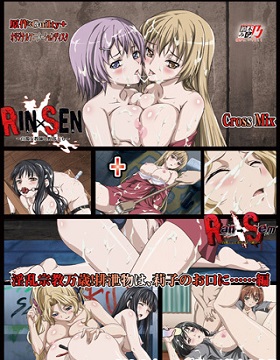