“The source of energy ♪”
Rio, Nagisa, Sara, and Amane enjoyed sunbathing on the rooftop in their swimsuits and naked clothes. When he talks about his recent affair with Toya, he realizes that only Nagisa hasn’t done it at all.
That night, Takkyubin arrives at Toya. However, when Nagisa received that there was no one at home, her contents were a large amount of energetic agent. Nagisa mixes Toya’s drink with an energetic agent during class …

“Let’s all have sex together ♪”
In front of Toya’s penis, which has no sign of being settled because of the energetic agent. Four home teachers who do. Rio started sucking to get her penis back.
Sara, Amane, and Nagisa continue to attack Toya, saying that she should return to normal if she puts out a lot of semen !! 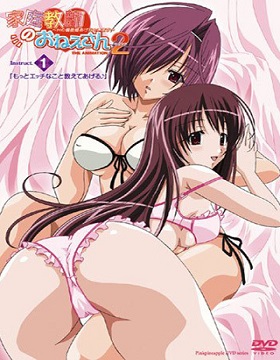